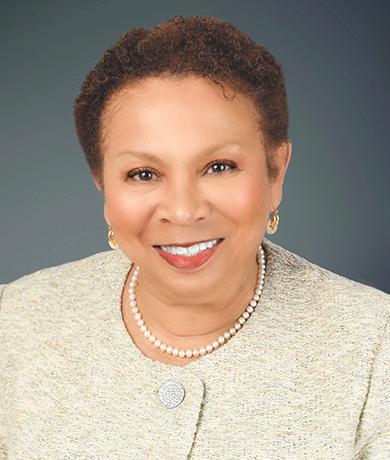 Mayor Deborah Robertson’s visionary and distinctive leadership style has thrust the City of Rialto into the national spotlight as a recognized leader in the areas of public-private partnerships, business development and job creation.

Mayor Robertson was elected Mayor in November 2012 – the latest achievement in a distinguished public service career that has included 12 years on the Rialto City Council, leadership positions at the Southern California Association of Governments, the San Bernardino Associated Governments, and more than 20 years with the California Department of Transportation.

Under her tenure as mayor, Rialto has fortified its economic future at a time when many cities in California are experiencing serious financial problems. Economic growth is up, passage of initiatives such as Measure U have created millions of dollars in additional revenue streams, and Rialto is at the forefront of public-private opportunities.

Mayor Robertson has spoken before congressional committees, served as an advocate for environmental remediation due to environmental contamination, and has received recognition from the County of San Bernardino’s Public Health Department as “a visionary among city leaders in adopting healthy programs.”

In 2014, Mayor Robertson was instrumental in heralding the City of Rialto as the first e3p3 Model City that has since received state and federal recognition for area programs and services that address Environmental Sustainability, Economic Development, and Equity issues that are supported by Public-Private Partnerships.

Mayor Robertson is a leading voice on regional and national infrastructure issues. She has previously served as the Environment and Energy Chair, the Community Human, and the Public Health Subcommittee Chair for Southern California Association of Governments Plan/Sustainable Communities Strategy. She is a member of the U.S. Conference of Mayors Water Council and Metro Economies, and a member of Mayors Against Illegal Guns.