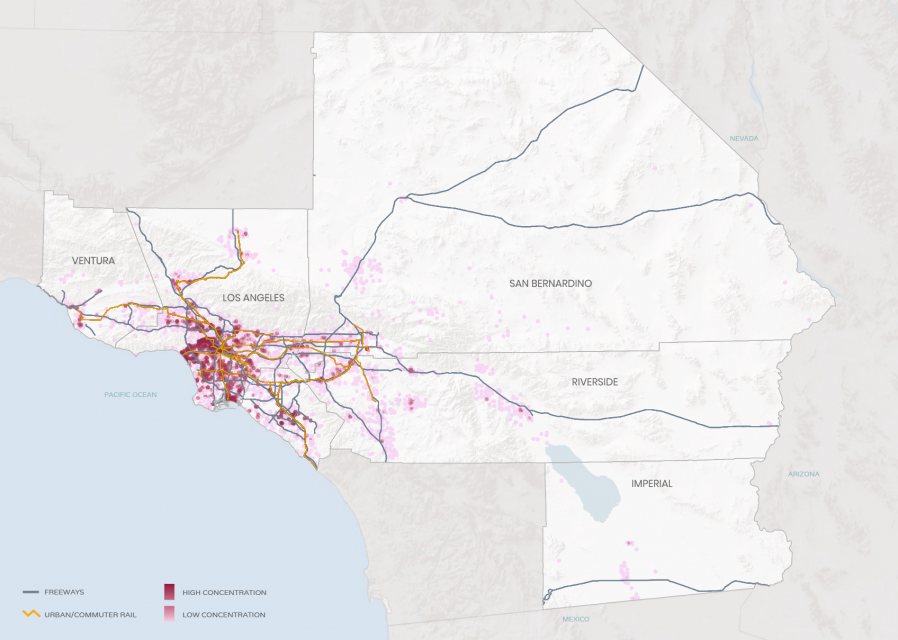 The expansion of the region outwards has also had an impact on the natural habitat lands and farm and grazing lands in the region. These types of areas are at risk, with recent data showing that 21 percent of the SCAG region’s farmland has been lost between 1984 and 2016. As the population continues to grow, vital habitat and farmlands face severe development pressure. In addition to their respective roles in biodiversity and food production, both natural areas and farmlands help reduce the impacts of climate change by capturing greenhouse gases in the soil, plants, and trees instead of allowing them to concentrate in the atmosphere. There are inherent constraints to expansive regional growth, and areas that are susceptible to natural hazards and a changing climate must be recognized. Because of this, Connect SoCal emphasizes options that conserve important farmland, resource areas and habitat corridors, and de-prioritizes growth on lands that are vulnerable to wildfire, flooding and near term sea-level rise.

The dispersion of population into suburbs accelerated in the middle of the last century and was the result of the automobile becoming the focus of the region’s transportation system. However, even as early as the 1970s, the region’s development patterns started shifting with efforts to reclaim and develop population “centers” through regional planning. Accommodating growth in centers—whether transit centers, job centers, urban centers, or suburban centers—has served as the foundation of SCAG’s regional planning for decades with the aim of maximizing the value of infrastructure investments and enabling shorter trips to improve air quality and reduce congestion.

Sustainable Development in the Region 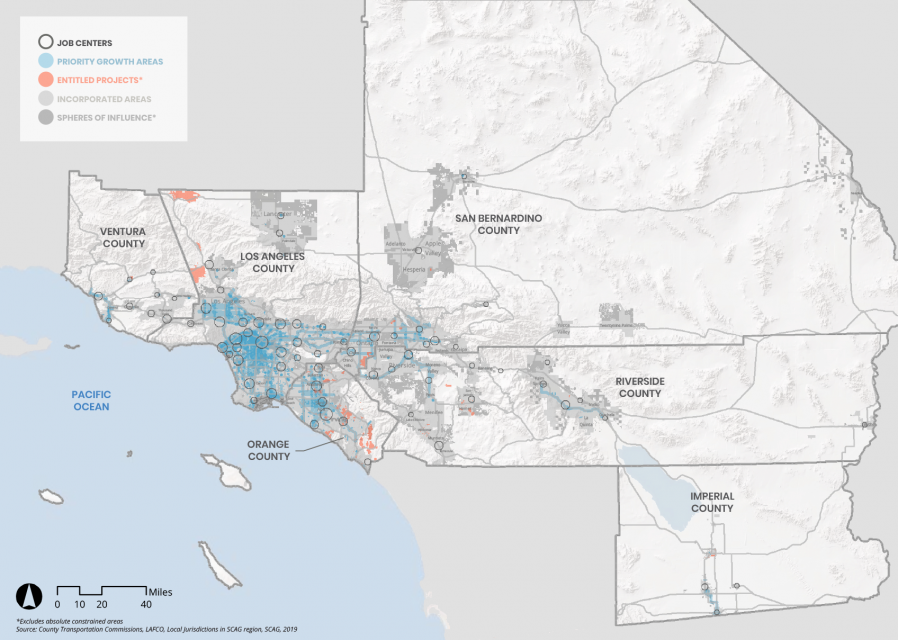 Several factors today will inform the planning decisions that will need to be made to accommodate our region’s population growth such as demographic shifts, transportation preferences, housing affordability, and housing development trends. Connect SoCal will not only have to match planned transportation investments with a regional development pattern to sustain anticipated levels of population and economic growth, it must also strive to reduce greenhouse gas emissions by decreasing reliance on single occupancy vehicles and the distances people drive to work and access goods and services.