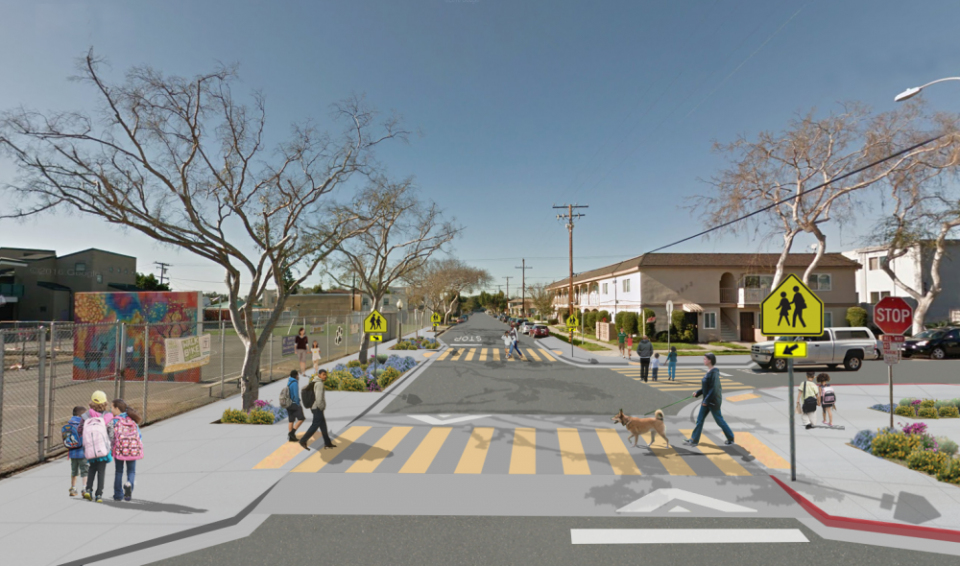 Go Human congratulates the City of Culver City on the approval of the La Ballona Elementary Safe Routes to School (SRTS) Project. After an extensive two-year planning and community engagement process, including key project partners such as Bike Culver City, La Ballona Elementary School parents, and others, the SRTS project was approved for construction by the City Council at its meeting on Monday, Feb. 3.

Paired with activities, giveaways, art and games, the event attracted over 700 community members and local stakeholders. City of Culver City Mayor, Meghan Sahli-Wells, serves on SCAG’s Regional Council and is a champion for local active transportation efforts. Her leadership was invaluable in advancing this project and spearheading many other active transportation efforts in the City.

“The Go Human demonstration helped catalyze our project forward and build support for the SRTS improvements. The partnership with Go Human allowed community members and city leaders to experience what the improvements would feel like and was an invaluable tool for engaging the community and gaining momentum in the city.”

Go Human provided an opportunity for the City to engage new audiences and bring new voices into the planning process, as over 72% of participants had never attended a community meeting hosted by the City to discuss transportation.

As for next steps, the City will move forward with a bid for construction this spring. To learn more and stay updated on the project, visit the La Ballona Elementary Safe Routes to School project website, and to learn more about the Go Human event, check out the Experience Elenda Final Report.

Once again, a warm congratulations to the City of Culver City from Go Human and SCAG!​