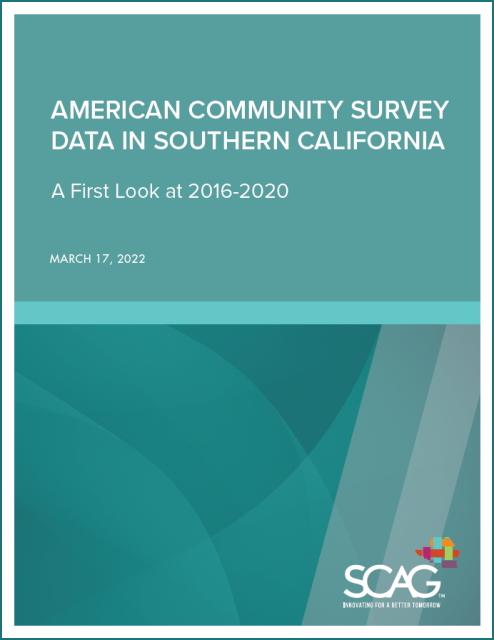 After delays due to the pandemic’s impact on survey response rates, the U.S. Census Bureau released the long-awaited American Community Survey (ACS) 2016-2020 5-Year sample on March 17, 2022. While the release is the first to include survey results from 2020, SCAG is not expecting to get complete 1-year data for 2020. Only select data sets are available, and none are available for geographies smaller than states.