The 32nd Annual Demographic Workshop, held virtually this year, is built around the theme, “The Post-Pandemic City,” and takes a close look at several intersecting developments that could significantly change life in the six-county SCAG region. These include the pandemic and post-pandemic recovery, heightened awareness of racial equity and inclusion, and results of the 2020 Census. The latter already will result in California losing a Congressional seat.

Part 2 of the workshop will be held next Tuesday (June 15).

For decades, Southern California has ranked among the most vibrant population centers in the United States, climbing above 19 million. However, the rate of growth has slowed throughout the 2010s as declining fertility rates, the housing crisis and other factors have resulted in a gradually aging – and less mobile – population base.

According to projections released Tuesday, the fastest-growing segment of the population will be mature retirees, ages 75-84, followed by young retirees (65-74) and seniors (85 and older). Meanwhile, there will actually be a decline in college-age young adults and preschool-age children. Also, the ratio of working-age adults to retirement-age adults – which once stood at 6 to 1 – has fallen below 4 to 1.

Compounding all of this is the pandemic, which led to an increase in mortality rates, a further decrease in birth rates and virtually halted foreign immigration into California. As a result, 2020 saw the first year-over-year drop in overall population.

“We’re facing a lot of unknowns as we emerge from the pandemic. However, with uncertainty, there is opportunity in front of us. We need to position ourselves to plan for the future,” said Clint Lorimore, President of SCAG and an Eastvale City Councilmember. “It’s a great privilege for SCAG to be able to bring together the best minds across the region and the state so that we can help cities meet their needs and work toward a better future for their people.”

Kome Ajise, SCAG’s Executive Director, described the task ahead as “a monumental one” for SCAG and its member agencies.

“Fundamentally, our focus is on the people of Southern California – not just how many there will be, but what their needs are, where and how will they live, and how they will form the region’s economy,” Ajise said. “With the new Census indicating that slower growth may be in the region’s future, it’s an opportunity to not just grow, but to grow better.”

Part 2 of the workshop, from 1:30-4:45 p.m. next Tuesday, will feature discussions on the impact of the pandemic on how cities function, housing needs, transportation and workforce. 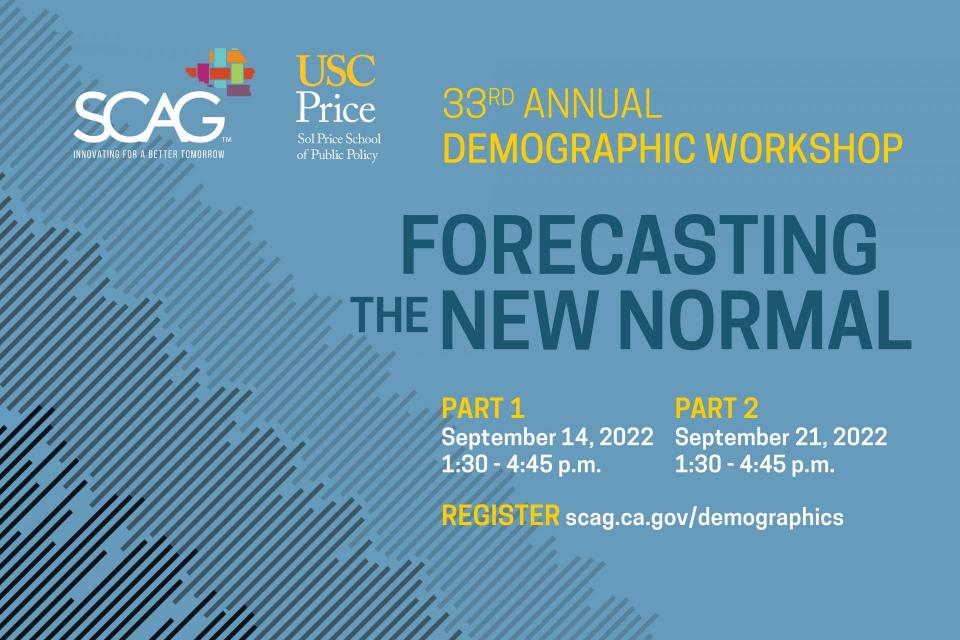 In the post-pandemic era, our region faces uncertainty around the future of housing, mobility, and employment. What is the new normal, who will benefit, and who will struggle to adapt? How can we plan for a different future when the present is still heavily in flux?