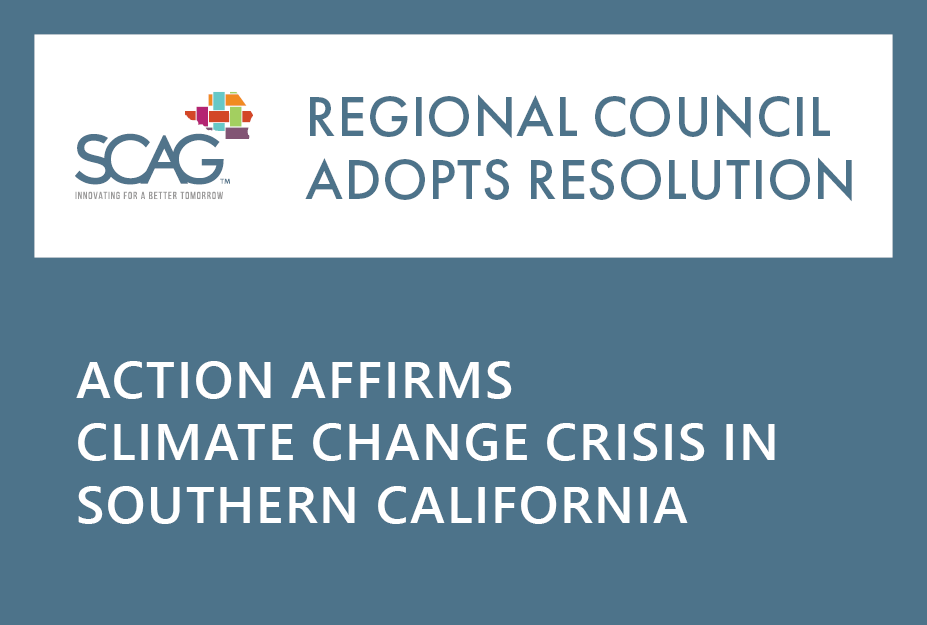 The nation’s largest metropolitan planning organization on Thursday formally affirmed the climate change crisis in Southern California and committed to a series of actions to mitigate the growing threat that greenhouse gas emissions pose to the region’s environment, economic security, public health and quality of life.

The Regional Council of the Southern California Association of Governments (SCAG) unanimously adopted a resolution to promote climate adaptation, mitigation and resilience across a six-county region that’s home to more than 19 million people. This includes developing a framework “to help the region plan and prepare for a changing climate as well as potential near- and long-term disruptions to Southern California, such as earthquakes, extreme weather, drought wildfires, pandemics and economic shocks.”