Value capture is not one thing but a bundle of tools that raise revenue by capturing the value generated by public infrastructure improvements and/or a strong or strengthening real estate market. Value capture can entail the creation of a new assessment, tax, or fee (such as a special localized tax or development impact fee), the diversion of new revenues generated by an existing tax (as in tax increment financing), or a revenue-sharing agreement that allows a government agency to share in some of the revenues generated by developing publicly owned land (known as joint development).

Tax increment financing (TIF) works by freezing the property tax revenues that flow from a designated project area to the city, county, and other taxing entities at the “base level” in the current year. Additional tax revenue in future years (the “increment”) is diverted into a separate pool of money, which can be used either to pay for improvements directly or to pay back bonds issued against the anticipated TIF revenue.

In California, TIF has historically been used by redevelopment agencies to raise funding for infrastructure improvements, land assembly, housing, and other projects in redevelopment areas. However, redevelopment agencies in California were required by state law to dissolve as of February 1, 2012. In 2014, with Senate Bill (SB) 628 the State revamped existing Infrastructure Financing Districts into Enhanced Infrastructure Financing Districts (EIFDs). EIFDs are a type of TIF district cities and counties could form to help fund economic development projects. Several legislative measures have passed in the years following that modified SB 628 and EIFD requirements: Assembly Bill 733 (2017) allows for EIFDs to fund climate change adaptation projects, including but not limited to projects that address conditions that impact public health (such as decreased air and water quality, temperatures higher than average, etc.) and extreme weather events (such as sea level rise, heat waves, wildfires, etc.); Senate Bill 1145 (2018) allows EIFDs to also fund infrastructure maintenance costs; Assembly Bill 116 (2019) allows for EIFDs to issue bonds without public vote however does increase public engagement requirements.

With these modifications, EIFDs are currently able to fund infrastructure maintenance and housing development, economic development, transportation infrastructure, sewage treatment, and climate adaptation projects, among other uses. EIFDs do not increase property taxes, as they cannot pull property taxes from school districts. EIFDs are governed by a Public Financing Authority (PFA) made up of 5 members of at least 3 elected officials and 2 local community members who live or work in the district area. The PFA oversees the creation of the District’s Infrastructure Financing Plan (IFP), which outlines the specific projects the District will fund. Additionally, while EIFDs are not required to set aside a specific percentage of affordable housing, all housing that is developed must be affordable.

Although there are a handful of approved EIFDs in the State, several jurisdictions across California are in process of forming their own EIFDs. Kosmont Companies has mapped out this progress, click here to view.

The Case Studies below explore some of the EIFDs currently formed and in process of formation, and highlight infrastructure-types that EIFDs can fund, such as Climate-Safe Infrastructure. 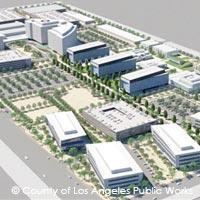 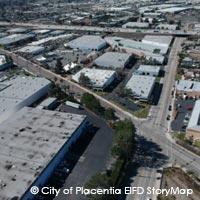 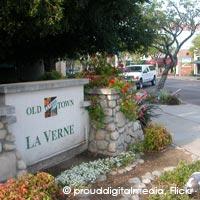 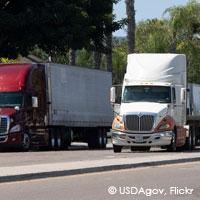 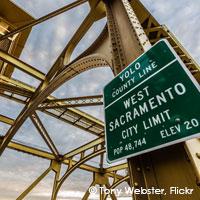 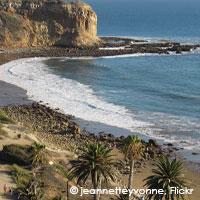 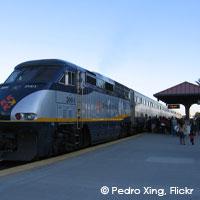 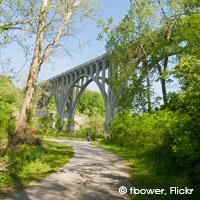 In 2015, Assembly Bill 2 established CRIAs, another type of tax increment financing district, that increases funding for and production of affordable housing in disadvantaged communities as well as other types of infrastructure projects. To qualify, a city/county must meet the criteria for disadvantaged communities, including having areas with high unemployment or high crime rates, neighborhoods with deteriorated infrastructure, and/or areas with a significantly lower median household income. CRIAs have an affordable housing set aside of 25% and entail the powers of eminent domain for the first 12 years. CRIAs do not require public vote for creation or issuance of bonds, however they are subject to majority protest at adoption. CRIAs are governed by a 5-member board made up of at least 3 members of a legislative body and 2 community members who live or work in the district area.

Although there are not yet any approved CRIAs in the State, several jurisdictions are in process of forming their own CRIAs. Kosmont Companies has mapped out this progress, click here to view:
https://www.kosmont.com/services/eifds-crias-special-tax-districts/#Statewide_EIFD_CRIA_Evaluation_Areas

Established by Assembly Bill 1568 in 2017, the NIFTI Act grants cities and counties permission to allow EIFDs to funnel sales and use tax revenues toward affordable housing and supportive transit infrastructure projects. NIFTIs can also fund infill development projects, however they cannot fund highway or highway interchange improvements. Similar to EIFDs, NIFTIs do not require public vote for creation and are governed by a PFA made of 5 members with at least 3 elected officials and 2 local community members who live or work in the area. NIFTIs differ from EIFDs in that they require 55% of registered voters, or landowners vote (1 vote per acre), to issue bonds and the district must be coterminous with the boundary of the city or county establishing the NIFTI. Additionally, NIFTIs have a 20% affordable housing requirement. The law outlines the requirements for the ordinance that must be established to create a NIFTI.

No approved NIFTIs in the State yet.

Established by Senate Bill 961 in 2018, NIFTI-2s are very similar to NIFTIs but have some key differences. Like NIFTIs, NIFTI-2s do not require public vote for creation and are governed by a Public Financing Authority made up at least 3 elected officials and 2 local community members who live or work in the area (5+ members total). NIFTI-2s also require 55% of registered voters, or landowners vote (1 vote per acre), to issue bonds and the district must be coterminous with the boundary of the city or county establishing the NIFTI-2.

No approved NIFTI-2s in the State yet.

Established by Assembly Bill 1598 in 2017, AHAs are public financing entities that are authorized to use property or sales tax increment to provide bonds for affordable housing and workforce housing production. Like EIFDs, AHAs do not require public vote for formation or to issue bonds and can fund projects anywhere within the established district. AHAs are governed by a governing body made up of an odd number of members (at least 5) of at least 3 City Council or Board of Supervisor members and at least 1 community member who lives or works within the area. The boundaries of an AHA must be coterminous with the boundaries of the city or county creating it.

No approved AHAs in the State yet.

Established by Assembly Bill 229 in 2014, IRFDs are districts that finance housing development and other development projects of communitywide significance in current and former redevelopment project areas. IRFDs fund many of the same types of projects as EIFDs, including affordable housing, highways and transit facilities, industrial structures, sewage treatment, etc. IRFDs do not have an affordable housing set-aside requirement, however any district that does develop housing must have at least 20% low- and moderate-income housing.

Differing from EIFDs, IRFDs required 2/3 voter approval for formation and to issue bonds. IRFDs are governed by the same governing body as the city or county creating the district. IRFDs also receive funding from the Redevelopment Property Tax Trust Fund. 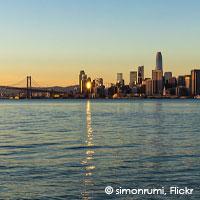 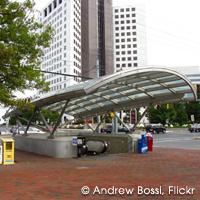 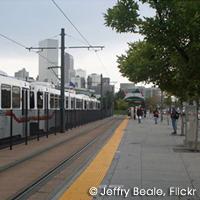 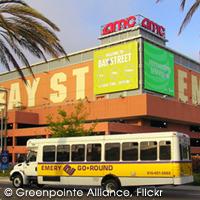 Mello-Roos community facilities districts (CFDs) are a type of special tax district formed when property owners within a geographic area agree to impose a tax on property in order to fund infrastructure improvements or services. These fees can then be used either for pay-as-you-go financing or to pay off tax-exempt bonds issued against the anticipated revenue from the CFD. CFDs are flexible in both the basis and application of tax; direct proportionality of benefit is not required, as with special assessment districts. Rates and methods of apportionment (RMA) have been based on land or property square footage or number of bedrooms; distinct areas and land uses may also be taxed differently. The only standard for the special tax is that it be reasonable and that it not be ad valorem (i.e., it cannot be based on property value). CFDs are also flexible in the type of improvements or services that can be paid for. They are used most commonly for streets, water, sewer/drainage, electricity infrastructure, schools, parks & police. The method of apportionment and types of improvements or services to be authorized, as well as the amount and term of any bond, must be designated.

CFDs require a two-thirds vote of property owners, so long as there are no more than 12 registered voters living within the proposed district. More than 12 registered voters living in the district requires a two-thirds vote of registered voters. Because of this voter approval requirement, CFDs are most commonly formed in undeveloped areas where the district encompasses a small number of property owners who intend to subdivide the land for sale. (One provision of the Mello-Roos Community Facilities District Act is that the fees can be proportionally subdivided with the land and passed on to the future landowners.) 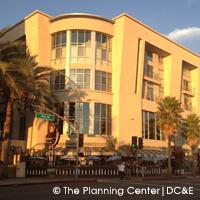 California law authorizes cities to conduct structured, bilateral negotiations with developers in order to obtain desired improvements in exchange for development rights. The extent to which a new development project can contribute to the provision of infrastructure or other public improvements depends on construction costs, lot size and configuration, parking ratios, market prices, and other factors related to the anticipated costs and revenues of the development project. All of these factors vary depending on the particular project and timing of development, so the amount of public benefits that can be provided is unpredictable and must be negotiated case by case. 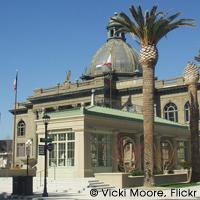 Joint development refers to a real estate development project that involves a cooperative arrangement between a private sector entity and a public entity like a city, county, redevelopment agency, or transit agency. Joint development arrangements can take a number of forms, including the sale or lease of publicly owned land or air rights for specific types of development, or joint construction of a transit or other public facility. Depending on the particular arrangement, the public and private partners can share costs, revenues, and/or financial risk. Joint development is only applicable where the public sector owns land. 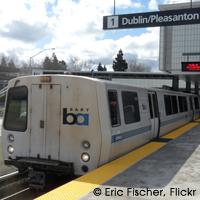 A private transaction or transfer fee is a charge that real property buyers are contractually required to pay to a private party, such as to the property’s developer or to a homeowner’s association. Developers sometimes attach these private transfer fees – different from public transfer taxes imposed by state or local governments – to new homes in order to pay for infrastructure or homeowner association costs, or to create a long-term revenue stream for the developer or original land owner. The fees are usually calculated as a percentage of the sales price and recorded in the property’s deed or covenant. Depending on the terms recorded, the fee may apply only the first time the property is sold or subsequent resale as well. This type of fee is relatively new and untested as a source of revenue for public agencies and would probably only be applicable where the public agency owns land (i.e., as part of a joint development deal).