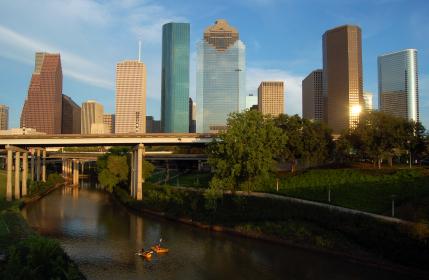 Green infrastructure is the interconnected network of open spaces, such as farmland, natural areas, parks, urban forests, and other greenways that links the urban environment to the natural world. Green infrastructure provides wildlife habitat, recreational opportunities, and contributes to a resilient food system. 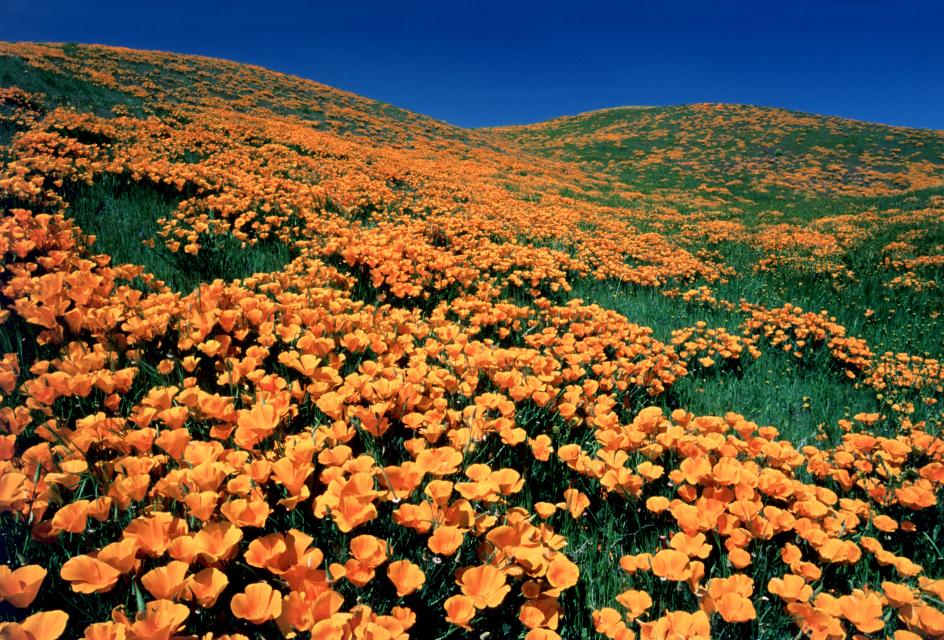 Natural lands are areas largely undeveloped and in their natural state. These open spaces are generally characterized by their biological resources and their natural functions, such as providing habitat for wildlife or acting as a natural water purifier. Natural lands can be classified as unprotected or protected, with protected lands having varying levels of protection. A protected land designation means there is a general commitment to maintain the property for any of a wide range of open space uses.

SCAG uses the California Protected Areas Database (CPAD) developed by GreenInfo Network to identify protected lands. CPAD is a comprehensive database of California lands that are held in fee title ownership for the continuation of open space values. It is part of the Protected Areas Database of the United States (PAD-US), an inventory of marine and terrestrial protected areas throughout the entire nation. “Protected” status can confer anything from complete, permanent protection of habitat in its natural state to some protection of the land cover with allowances for extractive or localized intense uses. The USGS Gap Analysis Program (GAP) identifies protection level for protected lands. GreenInfo Network is currently working to update and refine GAP status for CPAD. 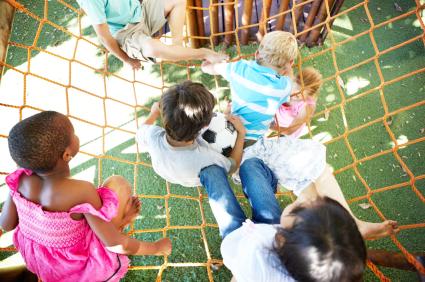 Living in the built environment can make access to open spaces difficult and make people forget that cities are dependent on having some green infrastructure to function properly. Green spaces in urban areas are an important commodity. Parks, neighborhood trees, green medians, and other vegetated areas all provide some ecosystem service. Tree canopies provide shade, reduce the urban heat island effect, and absorb air pollution. Vegetation provides permeable surfaces to allow water to infiltrate the soil, reducing stormwater runoff and recharging underground aquifers. The denser the urban forest, the better the ecosystem service it provides.

Urban forests also provide health, social and economic benefits. Childhood obesity in the US has been linked to a sedentary lifestyle partly caused by the lack of easy access to parks and other open spaces. Obesity can lead to many types of health problems including cardiovascular disease, some forms of arthritis, and diabetes. Asthma and other lung diseases have been linked to air pollution that could be partly mitigated by the presence of trees and other vegetation that act as air filters in urban areas. Many studies have shown that social behavior improves with better green spaces and attractive landscapes. Communities feel safer, less stress, and experience less violence. Commercial areas have higher economic returns because shoppers stay longer and are willing to pay more for services and goods in business districts with vegetated outdoor settings and tree-lined sidewalks.

The City Project has done work on mapping green access in Southern California. The report analyzes equity to green access and contains recommendations for improving access to parks in Southern California. SCAG’s 2012 RTP/SCS Environmental Justice report discusses park access and equity issues from a regional perspective.  SCAG’s 2016 RTP/SCS, currently under development will continue to address the importance of policies that encourage access to parks and open space in disadvantaged communities. 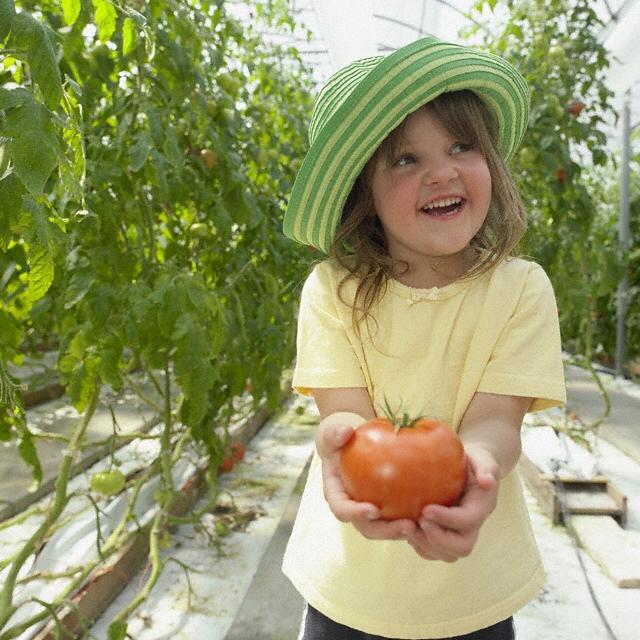 Farmlands and rangelands are agricultural land uses that are part of the region’s open landscape and entail various types and degrees of modifications to natural lands. Farmlands include irrigated and non-irrigated crop production. Rangelands include any expanse of natural land that is not fertilized, irrigated, or cultivated and is predominantly used for grazing by livestock and wildlife.

Estimates prepared in 2008 by the California Department of Conservation show that the SCAG region consists of approximately 10% (2.65 million acres) agricultural lands and 6% (1.48 million acres) rangeland, altogether. Ventura, Riverside, and Imperial counties generally have more farmland while more rangeland can be found in Los Angeles, Orange, and San Bernardino counties.

Historically, development patterns in the region have been tied as much to the conversion of agricultural lands as to the consumption of natural lands for urban uses. A key issue in the region today is whether the high rate of farmland conversion in recent years can be slowed to prevent irreversible losses. An estimated 230,000 acres of farmland and grazing land were converted to non-agricultural uses and/or applied for development entitlements between 1996 and 2004. If this trend continues unabated, the existing inventory of agricultural lands could be reduced by 700,000 acres before 2030.

Agricultural lands are important to the local economy. According to the California Department of Food and Agriculture, California’s top 20 crop and livestock commodities accounted for more than $43.5 billion in value in 2011. These lands also provide critical habitat for wildlife, protect local scenery, act as a buffer between urbanized and natural areas, and contribute to a resilient, local food system.

The Division of Land Resource Protection works with landowners and other stakeholders to encourage agricultural land conservation. They implement the California Farmland Conservancy Program (CFCP) that encourages permanent farmland conservation through easements and the Williamson Act, a voluntary agreement to restrict development of agricultural lands in exchange for tax reductions. They are also responsible for the Farmland Mapping and Monitoring Program (FMMP) that provides maps and 2-year updates of California’s agricultural lands inventory. 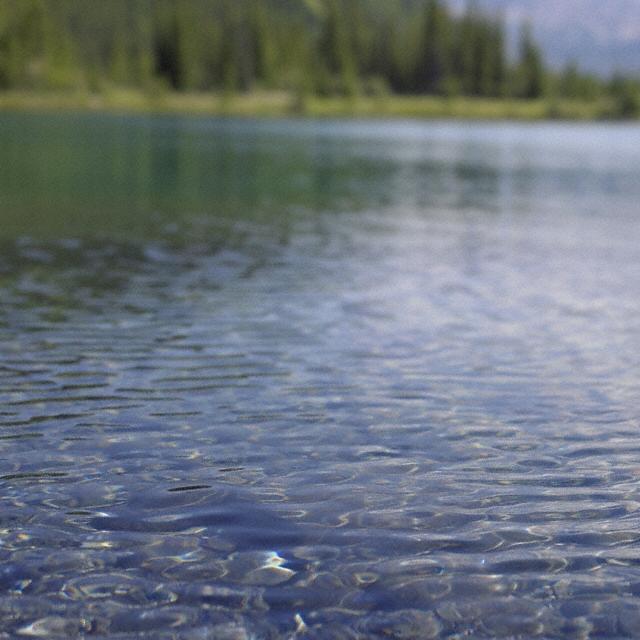 Ecosystems are full of complex and dynamic interactions between the biological community and the physical environment. Ecosystem services are the benefits that nature provides to people. These benefits range from concrete ecosystem goods, such as water, building materials, pharmaceuticals, and industrial products to life-support functions such as air and water purification, waste breakdown and detoxification, crop pollination, and flood and fire mitigation to the intangible, such as aesthetic beauty and natural diversity.

New studies are showing just how dependent we are on these services provided by nature. This recent article, Loss of Wild Insects Hurts Crops Around the World (02/28/13), shows how integral biodiversity and native pollinators are to our agricultural industry. To help decision-makers better understand the role ecosystems services play and how to incorporate it into existing processes, the World Resources Institute developed a report called, Ecosystem Services: A Guide for Decision Makers. 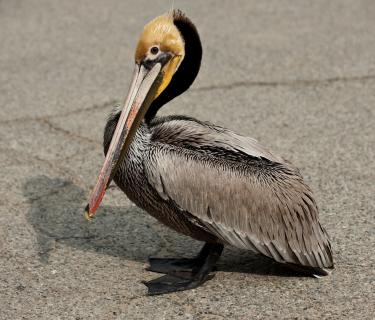 California is home to a diversity of plant and animal species, many of which are endemic to the area and found nowhere else in the world. Because of the close proximity of so many distinct habitats to each other from mild, coastal climates to cold, mountainous peaks to dry, desert areas, our region boasts an abundance of wildlife.

California’s coastal Mediterranean climate is of special concern due to the unusually high concentration of endemic plants found there. This area is considered a biodiversity hotspot because much of the original habitat has already been lost; at the same time, continuing urbanization and climate change threatens existing habitats of these unique plants and animals. Overall, California has approximately 300 endangered, threatened, or rare plant and animal species.

The SCAG region contains an exceptionally diverse set of plant and animal communities that are broadly categorized into the following habitat types: desert shrub (scrub) and woodland, beaches and dunes, conifer forests and woodlands, hardwood forests and woodlands, valley and coastal plains grasslands, shrub (scrub), wetlands, riparian habitats, and coastal marine resources. There are many endemic, rare, or special status species found in each of these habitats such as the Arroyo toad, Santa Ana sucker, Stephens’ kangaroo rat, Western snowy plover, Palos Verdes blue butterfly and Coastal dunes milk-vetch. The California Department of Fish and Wildlife maintains a list of special status species.