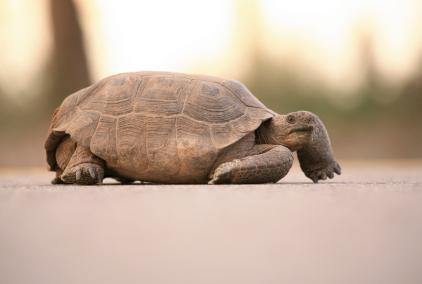 The mitigation program of the 2012–2035 RTP/SCS generally includes strategies to reduce impacts where transportation and sensitive lands intersect and also encourages smart land use strategies that maximize the existing system and eliminate the need for new facilities that might impact open space and habitat.

There are many types of mitigation strategies that can be tailored to meet open space conservation needs and constraints such as advance mitigation planning, habitat banking, transfer of development rights, and easements.

Regional Advance Mitigation Planning (RAMP) is a strategic mitigation and conservation-planning program that identifies mitigation solutions for infrastructure projects early in the planning process to prevent project delays and reduce mitigation costs while improving mitigation quality. A RAMP promotes a coordinated approach between regulatory agencies and other stakeholders by targeting mitigation efforts so that essential habitat connections are created or existing conservation areas are expanded, which will result in preservation or restoration of more valuable biological resources for wildlife (FHWA).

The usual project-by-project approach to open space mitigation has many limitations such as infrastructure project delays when suitable mitigation land cannot be found; permitting delays; high compensation ratios that can add to mitigation cost; costly and challenging management of protected or restored mitigation land; additive administrative support costs associated with developing agreements and implementation mechanisms for each individual mitigation project and limited or no connection to regional conservation priorities.

The benefits of a RAMP are succinctly summed up in the Eco-Logical guidebook by USDOT as follows:

“A shared advantage of integrated planning is the significant timesavings made possible by establishing and prioritizing opportunities. If agencies know beforehand where the most ecologically important areas and resources are, they can work to see that projects avoid these areas as much as possible— thus saving time during planning, scoping, and environmental review. By understanding early on where the mitigation areas most beneficial for wildlife are located, required mitigation can be more quickly implemented, perhaps streamlining permit approval for future projects. Finally, opportunities for ecosystem-level conservation and/or mitigation that are available now may no longer be available when a project is implemented. Increasing land costs or additional development may prohibit capitalizing on these opportunities at a later date. Act now to benefit from these opportunities.”

Since 2008 there has been a multi-agency effort led by the California Department of Water Resources to create RAMP guidelines for the state of California. Participants include a number of state and federal resource agencies as well as conservation groups and universities. The Draft Statewide Framework for Regional Advance Mitigation Planning in California was released April 2013 and is now available from the RAMP website upon request.

Transfer of development rights (TDR) “is a device by which the development potential of a site is severed from its title and made available for transfer to another location. The owner of a site within a transfer area retains property ownership, but not approval to develop. The owner of a site within a receiving area may purchase transferable development rights, allowing a receptor site to be developed at a greater density.” (California Office of Planning and Research, General Plan Guidelines, 2003) TDR is most commonly used to preserve agricultural lands but it can also be used for preserving natural, open space.

TDR programs can vary depending on the need of the local jurisdiction but in general there are a few common factors that contribute to the success of a TDR program. These include having a donor site with development constraints, appropriate zoning regulations, and infrastructure requirements. Other TDR success factors are described in this commentary on TDR from an issue of Planning and Environmental Law.

Habitat banking is the restoration, creation, enhancement, or preservation of a wetland, stream, or other habitat area to offset adverse impacts to habitats of equivalent function and quality when mitigation is not feasible at the project site. The bank is usually a contiguous, high quality habitat area with intact, ecological functions similar to the habitat being lost. The area must be monitored and maintained to ensure the area is conserved in perpetuity. Habitat banking helps consolidate small, fragmented mitigation projects.

There are generally two types of habitat banks:

A “conservation easement” (also known as a conservation restriction) is a legal agreement between a landowner and a land trust or government agency that permanently limits uses of the land in order to protect its conservation values. It allows landowners to continue to own and use their land, and they can also sell it or pass it on to heirs.

Habitat Conservation Plans (HCPs) ​are agreements under the federal Endangered Species Act that allow some development on endangered and threatened species habitats in exchange for conservation of other lands where endangered species can be found.

By contrast, Natural Community Conservation Plans (NCCPs) were created under California’s Natural Community Conservation Planning Act to encourage a regional, ecosystem approach and more proactive planning. Species do not have to be formally listed to be covered in an NCCP. A local jurisdiction will develop an NCCP in exchange for incidental take permits that are issued by State agencies. HCPs and NCCPs are often prepared together.